1 Carry out a PESTEL analysis of Alibaba at the time of the case. Evaluate the balance of opportunities and threats, using the same kind of figure as in Illustration 2.1.2 Draw a basic sociogram of Alibabas network (see Section 2.2.3 and Figure 2.5). Explain why this network may be useful. Figure 2.5 In May 2015, the Alibaba Group Chinas

Do you need an answer to a question different from the above? Ask your question!
1 Carry out a PESTEL analysis of Alibaba at the time of the case. Evaluate the balance of opportunities and threats, using the same kind of figure as in Illustration 2.1.
2 Draw a basic sociogram of Alibaba€™s network (see Section 2.2.3 and Figure 2.5). Explain why this network may be useful. 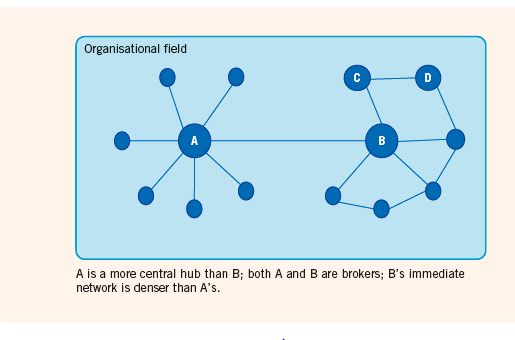 In May 2015, the Alibaba Group €“ China€™s largest e- commerce company €“ got a new Chief Executive. Daniel Zhang was 43 years old, with a career in the accounting firms Arthur Andersen and PwC before joining Alibaba in 2007. Zhang€™s experience in international firms was reflected in an early statement: €˜We must absolutely globalize,€™ he said during a company-wide strategy session. €˜We will organize a global team and adopt global thinking to manage the business and achieve the goal of global buy and global sell. €™

Zhang€™s appointment as CEO came at a difficult time. Alibaba had undergone the largest ever Initial Public Offering (IPO) on the New York Stock Exchange in September 2014, achieving a total valuation of $231bn (£138.6bn, ‚¬173.3bn). But the first quarter of 2015 had seen profits at half those of the same period in the previous year. The

Group€™s share price was down a third from its post-IPO peak. Zhang€™s predecessor as CEO had been dismissed after just two years in the job.

The man who appointed Zhang was Jack Ma, founder of Alibaba just 16 years earlier. Alibaba started as China€™s first business-to-business portal connecting domestic manufacturers with overseas buyers. Since then, the Group had grown in many directions. 1688.com was founded for business-to-business trade within China. Alibaba€™s Taobao Marketplace serves small businesses and individuals. Tmall.com provides electronic shop fronts to help overseas companies such as Nike, Burberry and Decathlon to reach Chinese consumers. Juhuasuan offers daily deals on everything from toys to laptops. There is also Alipay, effectively under Ma€™s personal control but functioning as the Group€™s equivalent to PayPal, which processes 75 per cent of Group transactions. One way or another, it is possible for Alibaba€™s customers to trade almost anything: the American security services have even set up a sting operation on Alibaba to catch traders selling uranium to Iran. At the start of 2015, Alibaba had approaching 80 per cent of the e-commerce market in China, the largest e-commerce market in the world, and also had strong positions in Brazil and Russia. International e-commerce represented nearly 10 per cent of the company€™s total sales of 76.2bn Yuan in the financial year ending 2015 (about $12.3bn, £11.2bn, ‚¬8.2bn: see Table 1).

Alibaba had always had an international bent. Founder Jack Ma had started his career as an English language teacher in the city of Hangzhou, not far from Shanghai. As early as 2000, Ma had persuaded both the leading American investment bank Goldman Sachs and the Japanese internet giant Softbank to invest. The then ascendant

America internet company Yahoo had bought nearly a quarter of the Group in 2005. Post-IPO, SoftBank still held 32.4 per cent of the shares and Yahoo 15 per cent. The Alibaba Group board counted as members Yahoo€™s founder Jerry Yang, Softbank€™s founder Masayoshi Son and Michael Evans, former vice-chairman of Goldman Sachs. Even so, Jack Ma was ambivalent about Western investors: €˜Let the Wall Street investors curse us if they wish!,€™ Ma had proclaimed at a staff rally. €˜We will still follow the principle of customers first, employees second and investors third!€™..........

Organisational field DI A is a more central hub than B; both A and B are brokers; B's immediate network is denser than A's.

1. A basic PESTEL figure is below. Although there are many positive opportunities in the Macro-envir…View the full answer

Answers for Questions in Chapter 2

Q:
Perform a PESTEL analysis of the IT consulting industry.
Q:
1. Assess the brewing industry environment, including a PESTEL analysis.2. Assess the
Q:
Sengupta died on February 1, 2017, and bequeathed two different assets to
Q:
Show how to implement three stacks in one array.
Q:
‘While La Porta et al.’s categorization of legal families ... suggests that
Q:
Sarah O’Hann enjoyed taking her first auditing course as part of her
Q:
What does this code do: breake me 1. Breaks the JavaScript interpreter.
Q:
Effective financial statement analysis requires an understanding of a firms economic characteristics.
Q:
1. What do you need in order to succeed in Formula One?2.
Q:
For each of the types of data described below, first state how
Q:
Weigh the pros and cons of a large trade deficit.