1. Why are companies such as Siemens, GE, NestlÃ©, and Procter & Gamble targeting the bottom of the pyramid? 2. Review the Chapter 4 discussion of diffusion theory. How might an understanding of the characteristics of innovations help marketers succeed in emerging markets? 3. What types of marketing communications may be necessary to launch an innovative product such as Procter

Chapter 11, Cases #2
1. Why are companies such as Siemens, GE, NestlÃ©, and Procter & Gamble targeting the €œbottom of the pyramid€?

2. Review the Chapter 4 discussion of diffusion theory. How might an understanding of the characteristics of innovations help marketers succeed in emerging markets?

3. What types of marketing communications may be necessary to launch an innovative product such as Procter & Gamble€™s PUR in emerging markets? What changes in consumer attitudes and behavior are required for successfully launching a product such as PUR?

4. What key concepts discussed in Chapter 1 apply to NestlÃ©€™s experience in Latin America?

Frugal engineering.€ €œIndovation.€ €œReverse innovation.€ These are some of the terms that marketers at GE, Procter & Gamble, Siemens, and Unilever are using to describe efforts to penetrate more deeply into emerging markets (see Exhibit 11-7). As growth in mature markets slows, executives and managers at many global companies are realizing that the ability to serve the needs of the world€™s poorest consumers will be a critical source of competitive advantage in the decades to come. Procter & Gamble CEO Robert McDonald has set a strategic goal of introducing 800 million new consumers to the company€™s brands by 2015. This will require a better understanding of what daily life is like in, say, hundreds of thousands of rural villages in Africa, Latin America, and China. Consider, for example, that two-thirds of the world€™s population€” more than 4 billion people€”live on less than $2 per day. This segment is sometimes referred to as the €œbottom of the pyramid€ and includes an estimated 1.5 billion people who live €œoff the grid€; that is, they have no access to electricity to provide light or to charge their cell phones. Often, a villager must walk several miles to hire a taxi for the trip to the nearest city with electricity. Such trips are costly in terms of both time and money.

This situation has provided an opportunity for companies to create innovative sources of renewable energy. Solutions include a smallscale, roof-mounted, Chinese-made solar power system that costs $80, underground biogas chambers that generate electricity from cow manure, and scaled-down hydroelectric dams that can power a village from a local stream or river.

One of the most pressing issues at the bottom of the pyramid is access to basic infrastructure. Historically, government-owned powergeneration facilities, including massive solar projects and wind farms, have been the norm in emerging markets such as India. However, it is often not cost-effective to extend the power grid into rural areas. In fact, according to the International Energy Agency, less than twothirds of the rural residents in the world€™s developing nations have access to electricity. One problem with the new renewable energy systems is the lack of scale. Rural markets are dispersed, and distribution is not well established. As a result, many investors consider rural renewable energy initiatives to be too risky.

The situation may be changing in Africa, where nearly 600 million people are included in the €œoff-grid segment.€ That is, they live without access to reliable sources of electricity. For years, small-scale organizations such as Solar Sisters have worked at the individual level to help provide renewable energy sources. Now large global companies such as Philips Electronics, DuPont, and Siemens are testing solar-powered systems at the village level. The companies hope  that government officials will purchase the systems and bring power to rural areas. The systems include solar panels for charging batteries and overhead home lighting and lanterns that use efficient LEDs. As Philips has discovered in its pilot program in South Africa, the money that villagers save by not buying kerosene can be spent on necessities such as bread. If the pilot programs are successful and win government funding, enough power will be available to enable village households to have refrigerators and radios. 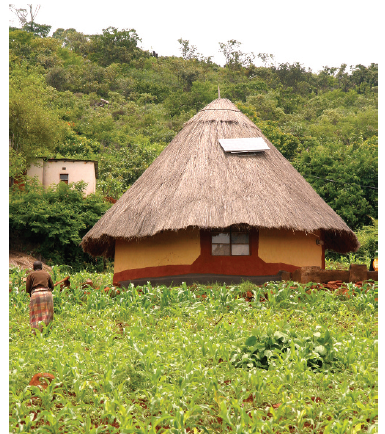 Distribution
The word "distribution" has several meanings in the financial world, most of them pertaining to the payment of assets from a fund, account, or individual security to an investor or beneficiary. Retirement account distributions are among the most...

Siemens, GE, Nestle, P & G are all manufacturing companies and all of them operate in an almost monopolistic market. So they don\\\'t have much influence on price. They can maximise their revenue …View the full answer

The Dupont analysis is an expanded return on equity formula, calculated by multiplying the net profit margin by the asset turnover by the equity multiplier. The DuPont analysis is also known as the DuPont identity or DuPont model.This Video will guide on how to calculate return on Equity and estimate profitability of shareholders using DuPont Analysis.

Answers for Questions in Chapter 11