When thinking of Sony one typically thinks of the Walkman and music players, televisions and other home entertainment products including the Playstation; however over recent years the nature of many of these industries has changed. Music players are no longer the lucrative business they once were as they have become part of the package offered in a smartphone, competition in

When thinking of Sony one typically thinks of the Walkman and music players, televisions and other home entertainment products including the Playstation; however over recent years the nature of many of these industries has changed. Music players are no longer the lucrative business they once were as they have become part of the package offered in a smartphone, competition in the gaming console sphere has intensified after Microsoft entered the market with its Xbox, 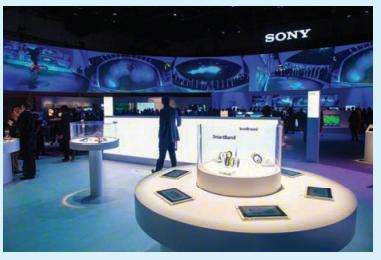 and even in the world of TV, Sony is not secure having seen its market share of the LCD market fall from 13.7 per cent in 2005 to around 7 per cent in 2019. Smartphones are also an industry which Sony shows signs of divesting from after it stopped developing new smartphones for China and was expecting a 60 billion yen loss from the Xperia in the year to March 2016. It is important to note that while smartphones in general are not Sony’s forte, they are one of the sectors key image sensor manufacturers. Image sensors are the components which convert light into digital information, which in turn then defines the size and density of pixels, the number of megapixels and also the recording frame rate of an output. Sony produces a range of models with some of its higher end products used in handsets such as the Galaxy Note 4. In fact, as its sensor business is doing so well, in June 2015 Sony announced that it was looking to increase its production capacity and would be issuing new shares to fund the strategy. Kenichiro Yoshida, Chief Financial Officer stated that the investment into image sensors would total just under $2 billion and in turn was expecting to increase its operating profit fourfold. Not content with success in the smartphones arena, Sony had set its sights on cars with Shigeo Ohba, the general manager of Sony’s image sensor business, predicting that the market for automotive image sensors will greatly increase between 2017 and 2030. It is the concept of self-driving cars which Sony is really planning ahead for, however, with the potential for up to 10 cameras to be installed in each vehicle. Despite the smartphone market exceeding sales of 1 billion units per year across the globe, in comparison just one camera can cost up to five times the price of one smartphone, signalling the potential profitability of the industry for Sony if manages to corner the market. With analysts predicting the demand for automotive cameras to reach 102 million units by 2020, the level of opportunity is clear. The electrification of vehicles has certainly brought with it exciting prospects for component manufacturers such as Sony, but it seems that that might not be all. In February 2015 it was reported that Sony had purchased a stake in a Japanese start-up company which creates robot cars. In the deal, worth 100 million yen, it is expected that the two parties will work together to create a self-driving car. However it is not just Sony who appears to be considering venturing into the automotive industry, with Apple said to be pursuing the same strategy with reports of the tech giants snapping up experts to work on ‘Project Titan’.

Answers for Questions in Chapter 17